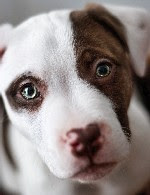 Also note that a special meeting will take place tonight in midtown Memphis. Scroll down for details on location. All who can attend are asked to do so for the animals.

February 17, 2012
This past week in Memphis Tennessee, the news outlets reported horrific problems surfacing once again at the Memphis Animal Shelter. One: A city official ordered Memphis Animal Services staff to kill all Pit Bulls and anything that looked like a Pit Bull. Also, the inhumane practice of the mistreatment of animals continues. A peaceful protest has been planned.

See the three links below for the MAS abuse stories week which aired between February 14-17, 2012:

Please share!(Thank You Beverly King for the above update.)

MEETING
All are asked to attend: Emergency SOS Memphis meeting
Monday evening, February 20, 6:30 pm
The DeNeuville Learning Center in Mid-Town, at 190 S. Cooper next to Ike’s (Union and Cooper)Mphs 38104
Visit www.SOSMemphis.com
Posted by Michelle Buckalew at 9:38 AM No comments: