Did You Know? Shelter Animals Go to Research... 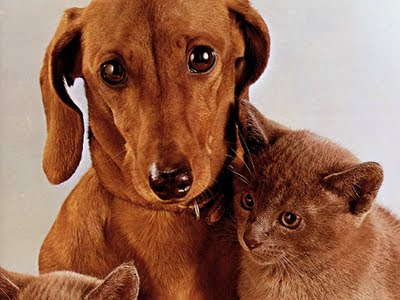 Most people think that shelter animals who aren’t adopted are euthanized. News is this may not always be true.

Thirty other states are also guilty of either permitting shelters to surrender animals for research under certain circumstances, or have no laws concerning the matter, meaning shelters can make the decision on their own.

Aside from the lab work itself, money is the driving force. Utah has an "experimental animals code" that permits shelters to charge researchers a minimum of:
$15 per cat
$20 per dog

Sadly, many shelter animals are killed, whether they wind up in research facilities or not, but don’t these unconditionally loving animals deserve to die without prolonged suffering?

What can you do? Help change the laws. Contact legislators and representatives.
-Take care of your pets, ID them and keep them safely out of shelters!
-Always keep your dog on a leash when it is out on the street.
-Your cat may end up at a shleter if you let him/her out.
-Microchip your pets. If they become lost and wind up at a shelter, staff there can then easily ID them.
-Spay and neuter all pets.
-Volunteer at your local shelter or with an animal rescue group.
Start a letter-writing campaign to stop the abuse of animals used for testing.
Posted by Michelle Buckalew at 2:36 PM No comments: