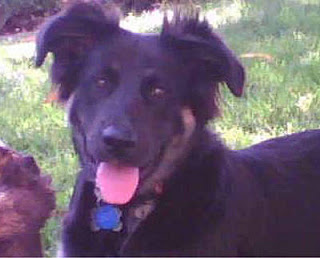 After the young German shepherd mix was determined unsavable and subsequently euthanized, Johnson was convicted of felony animal cruelty, and currently awaits sentencing. But what’s to prevent this known animal abuser from taking his aggression out on another defenseless victim the next time he becomes uncontrollably enraged?

Though it’s of little consolation to Karley or her aggrieved guardian, at least this tragedy has inspired one lawmaker, California senate majority leader Dean Florez, to introduce a measure that would prevent other animals from suffering similar fates.

If his proposed “Animal Abuse Registry” bill (SB1277) becomes law, it would institute a statewide database documenting cruelty cases that would enable law enforcement agencies, shelter staff and average citizens to track convicted felons and consequently keep them away from innocent animals.

Florez modeled his legislation on the sex offenders’ database pioneered in California that puts criminals’ addresses, places of employment, and photographs online, and now operates in all 50 states, successfully reducing recidivism among these dangerous deviants.

No doubt, the bill’s passage would be a major advance in the fight against animal cruelty. For one, it would enable shelters and breeders to ensure that they don’t adopt or sell animals to known abusers, including those who’ve been convicted of hoarding animals, running illegal animal fighting rings, operating disgraced puppy mills, and otherwise torturing, mutilating or killing animals.

And because animal cruelty has been conclusively linked with domestic violence, child abuse and even serial murders, it would also serve as an early warning system that would help police investigators to prevent other violent crimes.

However, while an animal abuse registry would certainly reduce cruelty cases by acting as both a deterrent and stopgap against violent behavior, some critics warn that it would violate offenders’ civil liberties by socially stigmatizing those who’ve already paid for their crimes with jail time.

Opponents also worry that making abusers’ whereabouts and criminal records public might encourage those who feel the convicted haven’t been adequately punished to pursue vigilante justice. Others claim that it is unfair to require animal guardians to finance the database’s creation and upkeep with a two-to-three-cent-per-pound tax on pet food, and that alternate funding methods like having felons pay a $50 fine will not raise enough money for the program’s maintenance.

Ultimately, however, what it boils down to is whether protecting the privacy of animal abusers is more important than saving animals’ lives. The Animal Legal Defense Fund, for one, hopes that California will become the first to publicly register animal abusers, and that other states will soon follow suit until a national database is firmly established.

The group’s website, www.exposeanimalabusers.org, encourages visitors to urge their state legislators to introduce their own bills, and features a video outlining the advantages of animal abuse registries. 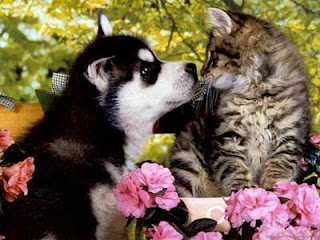 Action-packed week of activities planned for the animals!

(New Orleans, LA) Animal World USA is pleased to announce that Louisiana Governor Bobby Jindal has officially proclaimed 2nd Louisiana Week for the Animals Saturday, March 20- Sunday, March 28, 2010. The special week will kick off Saturday and will highlight the importance that animals play in our lives and bring communities together on behalf of the animals throughout the great state of Louisiana.

Precious lives which will be saved and communities will be transformed during this week with a wide variety of animal-related events and activities. A list of events are scheduled on the website calendar, and more are being added daily. If you would like to learn more, become involved or schedule an event, please call 877-454-0807 or visit the official website at http://www.louisianaanimals.org/
Posted by Michelle Buckalew at 8:18 AM No comments: 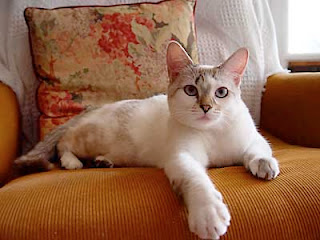 Are you frustrated and worried about the cat urinary problems your furball is having? Is a recurring cat bladder infection becoming a serious issue? Here are five simple ways you can help promote good cat urinary health for your feline friend.

Keeping Your Cat Healthy From The Inside Out

An excellent diet is the foundation of any health program. Most cat owners want the best for their kitties, so you should do your own research if you want to keep your cat healthy.

Ever wonder why cats don't seem to drink much water? It's because they're meant to get most of their water from their food. A cat in the wild eats mice and other prey animals. Since a mouse is over 90% water, our wild friend has already satisfied most of his water requirements.

When we take a cat out of his natural environment and feed him a low-moisture diet of dry food, we're heading for disaster in the form of cat bladder infection. High-quality canned food has a moisture level of around 75%, which is much closer to a natural diet.

Plenty Of Water Is Essential For Good Cat Urinary Health

Even if you're feeding a canned food, it's still essential to make sure your kitty has access to plenty of fresh, clean water. It's a proven fact that the best way to prevent cat urinary problems is to keep the water going through your cat. This prevents his urine from becoming too concentrated, and flushes out toxins that can lead to cat bladder stones.

Cat stress has been linked to feline idiopathic cystitis, which is a bladder inflammation that doesn't seem to have a cause. This condition is becoming more common in cats, and is considered to be a modern problem.

Sources of stress include moving to a new home, adding a new pet or person to the household, seeing a strange animal outside, being bothered by another pet in the home, and just being an inside cat. It's important to be on the look-out for anything that could be stressing your cat.

We often neglect exercise for ourselves, not to mention our pets. But exercise is very important for optimum health. Not only is it good for your cat physically, but it's important mentally, as well. If your cat is bored, he's more likely to be a victim of cat stress.

Provide your cat with toys to play with, and make sure you get him running around the house and out of breath at least twice a day.

There are many natural remedies for pets on the market these days. It can be very difficult to choose the best one for your cat. Here are a few tips.

A second requirement is that the company has been in business for many years, and has the highest reputation for producing the best-quality pet remedies. Look past the hype to find a company with years of experience in this field.

The remedy needs to be easy to administer. You won't use it for long if you have to fight with your cat all the time to get it into him.

Preventing cat urinary problems is easier than treating them. Now it's time to promote cat urinary health by putting these steps into action.

Darlene Norris has combined her long-time interest in natural healing with her experience working at a vet clinic to bring you her new website, Natural Pet Urinary Health. Learn more about cat urinary health, and find the best place to buy herbal pet remedies at http://NaturalPetUrinaryHealth.com

The Healing Power of Animals 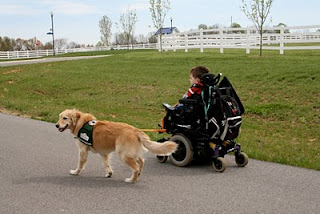 It is safe to say that most humans feel a special bond with their animal companions. They are always there to comfort you, listen to you, and console you when you are down. However, their ability to help people goes much further than emotional support. There are multiple cases where pets have helped people with physical ailments such as dogs detecting cancer and seizures.

Animals have also been shown to help people cope with emotional troubles like depression, and pets have improved the quality of life for people in nursing homes.

Several medical reports have credited animals with other positive effects on people’s lives such as:

There are many remarkable stories of animals that heal people. For example, there is the story of Cheyenne, a wolf that has been visited by over 20,000 people seeking help to overcome emotional and physical problems. Her caretaker, Mark Johnson, says she’s been doing therapy since she was 3 months old, and she doesn’t heal people, but rather acts as a catalyst for people to heal themselves. Cheyenne does not bond with every person that visits her, but she has bonded with over 1500 people who received her healing kisses. She has detected cancer in several visitors and has helped numerous people overcome emotional concerns. Cheyenne is partial to women and children, but there is one diabetic man who credits her with helping him get over his self pity and once again hike the trail on which he had previously lost his toes due to frostbite.

Many animals from dogs and cats to rabbits, llamas, dolphins, and horses have played a role in the healing process. Not all animals heal people completely, but they do help boost people’s attitudes and encourage them to live their life to the fullest. A recent estimate of pet owners in the United States shows that about 55 million people have dogs and about 60 million have cats. Animal companions become important family members for both people living alone and people with children and spouses. There are even many homeless people who take in a stray animal to care for. Animal serve as nurtures in our busy society, giving us the attention and contact we need. Let’s not forget the true meaning of “pet” is to touch or caress.