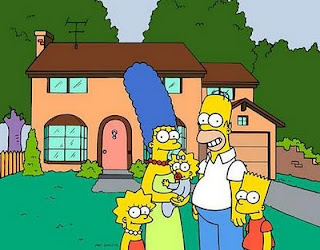 Encompassing 21 seasons and 450 episodes, “The Simpsons” is the longest-running sitcom in television history, and this January 10th, Fox will culminate its year-long celebration of the classic cartoon's 20th anniversary with a documentary special by Super Size Me director and star Morgan Spurlock.

Diehard fans already know that “The Simpsons” pioneered a subversive style of animal rights comedy never before seen on the small screen. So, at the dawn of a new decade deluged with Top 10 lists, I decided to pay the program tribute by showcasing the 10 best animal-centric “Simpsons” episodes (so far, in chronological order).

1. Episode 1: “Simpsons Roasting on an Open Fire” – In the series premiere, Homer loses the family's Christmas money betting at the dog track, but then brings home the best present ever — a rescued racing greyhound named Santa's Little Helper.

3. Episode 43: “Lisa's Pony” – Homer finally grants his 8-year-old daughter's wish for a pony, but she relinquishes her beloved horse after learning that dad must work nights to pay for expensive stabling.

4. Episode 54: “Dog of Death” – After Santa's Little Helper runs away from home, billionaire tyrant Mr. Burns plucks him from the pound and turns him into a vicious attack hound — but his love for Bart ultimately overcomes his killer conditioning.

5. Episode 79: “Whacking Day” – Each May, the town of Springfield observes a traditional holiday that entails beating snakes to a pulp with clubs, but Bart and Lisa save the serpents' lives with the help of soul crooner Barry White's earth-shaking basso profundo.

6. Episode 98: “Bart Gets an Elephant” – Bart wins a real live pachyderm from a radio call-in show, but “Stampy” proves a neighborhood hazard, so Bart and Lisa must persuade Homer to send his gargantuan pal to a sanctuary instead of selling him to an ivory dealer.

7. Episode 133: “Lisa the Vegetarian” – Lisa gives up eating meat, but almost cracks under constant ridicule at home and school — until a pep talk by Paul and Linda McCartney puts her back on the right path.

8. Episode 249: “Treehouse of Horror XI” – In a Free Willy parody, Lisa releases a captive bottlenose dolphin from a marine park where he was forced to perform demeaning tricks — but the deposed “King of the Dolphins” then enslaves humanity for banishing his kind to the sea eons ago.

9. Episode 252: “Lisa the Tree Hugger” – Trying to win the affections of activist (and “level-five vegan”) Jessie Grass, Lisa (channelling Julia Butterfly) refuses to disembark from an ancient redwood until it is spared from logging.

10. Episode 417: “Apocalypse Cow” – Bart joins 4H to drive cool combine harvesters, but winds up having to save the calf he raised from butchery — with a cow-costumed Homer nearly being killed in a fully-automated slaughterhouse.