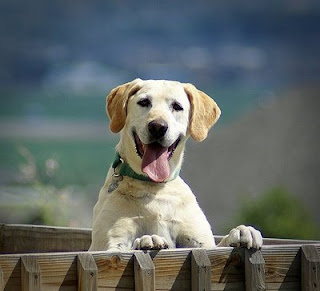 Mississippians who commit acts of cruelty against dogs or cats could face up to five years in prison and a $10,000 fine, based on a state Senate committee’s action Tuesday, January 26th.

Members of Judiciary B approved the decision to send the Senate a bill that would make it a felony on first offense to “torture, mutilate, maim, burn or maliciously starve, disfigure or kill any domesticated dog or cat.”

“It was great,” said Audrey Orek, MS-FACT contact person for Clay County. “I took leave from work to attend the committee hearing with other members of the organization. We were not disappointed.”

MS-FACT, or Mississippi – Fighting Animal Cruelty Together has about 2,600 members.

Next Tuesday is the deadline for committees to report general bills and constitutional amendments originating in their own chamber. If the full Senate approves Senate Bill 2623, it will go to the House, where members of the MS-FACT are confident the bill will pass early this year.

“It was a unanimous outcome,” said Orek about the committee vote.

The author of the measure, Sen. Billy Hewes, R-Gulfport, said there is “pretty broad support for it.” According to Hewes, supporters of tougher animal cruelty laws have been lobbying for action for several years.

Mississippi is one of four states where animal cruelty is a misdemeanor instead of a felony. Here, the maximum penalty is a six-month jail sentence and a $1,000 fine.
“That is simply a slap on the wrist,” said Lynda Koch, a member of MS-FACT. “Being labeled a felon would prevent offenders of vicious crimes from working in child care facilities and with the elderly.”

Koch also believes that most people who oppose Bill 2623, do so because they don’t fully understand it. The bill specifies domesticated dogs and cats only and lists exclusions.

“They think we are attempting to change the laws that apply to farmers and agriculture,” Koch said. “That is not the case. This bill is strictly for dogs and cats.”

Hewes agreed saying, if passed, the new legislation would not impact hunting and fishing activities and dog-handling practices. The bill also excludes medical research. But at least first steps are bring taken to get cruelty on the books as a felony.

“Serial killers often have a history of animal cruelty. There is also a link between animal cruelty and domestic violence and child abuse.”

Visit http://www.ms-fact.org/
Posted by Michelle Buckalew at 7:40 AM

This has been a LONG time coming. I know I personally worked for years trying to get an animal bill passed but our "leaders" wanted absolute specifics. That's why we had to start with just cats and dogs. We hope to expand bill slowly... on their pace!