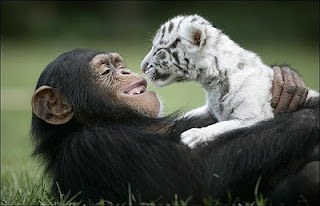 Animal conservation work is growing in popularity, with many people taking adult gap years where they work with animals in Africa. It is a fulfilling way to give something back to nature, and you will take the experiences you had on your gap year for adults with you forever.

Africa, the continent known for its abundant wildlife, now has many of its animals on the list of endangered species. It is essential that conservationists continue with the work that they are doing, and that others get involved too.

Here are some African animals that can be found on Africa's endangered list.

#1 African Wild Dog
The African wild dog is a medium-sized canine which traditionally lives in packs of 15 and preys on smaller grazers such as impala. The African wild dog can be found in the savanna woodlands of Sub-Saharan Africa, but its numbers are dwindling due to it being shot by farmers, and it now has a place on the endangered species list. Conservation work is necessary to restore original population numbers, and the animal is now a protected species.

#2 Mountain Zebra
The mountain zebra can be found in the mountainous regions of South Africa; a beautiful striped, herbivorous animal, eating mostly grass, leaves, shrubs and bark. One of its sub-species, the Cape mountain zebra, has a population of only 600. The numbers of these animals are dwindling due to hunting and the effects of drought. Conservation projects have been put into place in protected areas, to try and manage this dwindling population.

#3 Leopard
The leopard can be found in many different places across the world, and in Africa, it can be found all across the Sub-Saharan regions, and west of the Kalahari Desert. It has been known to prey on farmers' livestock, and the resultant hunting has begun to pose a threat. Other factors placing this animals on the endangered list are loss of habitat and loss of prey populations. Animal conservation workers have begun putting conservation projects in place, and the leopard population is being managed with a fair amount of success.

#4 Chimpanzee
On the African continent, the chimpanzee can be found in grasslands, rainforests and open woodlands. But human expansion is depleting these natural environments, and the chimpanzees' habitat is being diminished. For some time now, wildlife conservation projects have focused on chimpanzees, but more animal conservation work is needed to manage the dwindling chimpanzee population.

#5 Dama Gazelle
This elegant animal can be found in Saharan Africa, where it usually either lives in solitude or in a small group. It primarily feeds on shrubs, acacias and desert dates. Sadly, dama gazelle numbers have dropped by about 80% in the last decade, making them a prime subject of conservation projects. The rapid decrease in population numbers is due to hunting, habitat destruction and drought. It is imperative for animal conservation workers to implement projects to prevent these animals from becoming extinct.