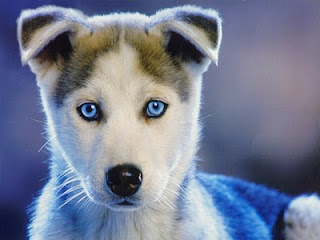 Ordinance for mandatory spay-neuter surgery was withdrawn the day before vote.


New Orleans City Council member Cynthia Hedge-Morrell withdrew her mandatory spay-neuter and breeding restrictions proposal Nov. 4, a day before it was to be voted on by the full council.

Hedge-Morrell introduced the ordinance in September stating that the aim was to encourage pet owners to be responsible as well as help fund animal control operations.

The ordinance had been amended since the introduction to allow dog owners to have the choice of whether to keep their dog intact by paying an initial $30 permit application fee plus a $20 annual permit fee.

However, since the proposed fee must first be advertised to the public before the council can vote on it, the ordinance was withdrawn from the agenda, according to Joshua Barnett, director of communications, Office of Councilmember Cynthia Hedge-Morrell.

“We are going to use this time as an opportunity to get more info and input from breeders and veterinarians [to make this the best ordinance it can be],” Barnett said.

The ordinance, if enacted as written, would:

Require all dogs 6 months of age or older to be spayed or neutered. Owners who wish to keep their pets intact would need to purchase a breeder permit. A few exceptions are noted. For example, the dog is used by a government or law enforcement agency or an agent thereof for government, rescue, law enforcement or other government purposes.

Limit female dogs from having more than one litter per year, or having a litter if the female is younger than 18 months.

Permit the Louisiana SPCA, which will be responsible for enforcing the ordinance, to determine whether or not an applicant for a breeder license has “space determined to be suitable … in which to breed dogs and raise puppies.”

Impose fines for those who are found to be in violation of the ordinance.
A time frame as to when the topic would be revisited couldn’t be determined, according to Barnett.

The American Kennel Club has been strongly opposed to the ordinance and sent out a legislative alert on Nov. 2 urging dog breeders and owners to voice their opinion.

“The American Kennel Club opposes mandatory spay-neuter laws,” the AKC said in its alert. “Instead, we support reasonable and enforceable laws that protect the welfare and health of purebred dogs and do not restrict the rights of breeders and owners who take their responsibilities seriously.

“Additionally, we strongly support and actively promote a wide range of programs to educate the public about responsible breeding practices and the responsibilities of dog ownership.”

The AKC sent out an updated legislative alert on Nov. 5 stating that although the ordinance has been withdrawn, the AKC “continues to urge the City Council to study in-depth any existing animal population and enforcement funding issues that exist in New Orleans, and to work with all interested stakeholder groups in formulating reasonable and enforceable laws that protect public health and safety without harming those breeders and owners who take their responsibilities seriously.”

I recently came accross your blog and have been reading along. I thought I would leave my first comment. I dont know what to say except that I have enjoyed reading. Nice blog. I will keep visiting this blog very often.