Urge Your Senators to Pass the Truth in Fur Labeling Act 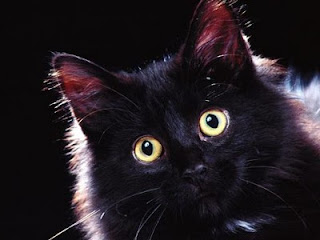 Way back in 1951, federal legislators ratified the Fur Products Labeling Act requiring retailers to indicate whether the clothing they sell has been made from actual animal pelts. However, under industry pressure, Congress conceded that stores could still stock clothing containing $150 or less worth of fur without such labels.
For nearly six decades, this legal loophole has effectively left consumers unaware that their purchases may be supporting cruelty to animals.

Congress passed their original fur labeling rule well before the technological advent of synthetic fur production, the popularity of fur trim and dyed fur in fashion design, and the development of society's widespread ethical concern about animals killed for clothing.

The law is therefore long overdue for a 21st century makeover that would bring it up to speed with the changed times. The U.S. House of Representatives recently did their part to rectify this oversight by approving the Truth in Fur Labeling Act (H.R. 2480), and now it's the Senate's turn to finish the job by passing their version of the bill (S. 1076).

In this day and age, when at least as many animals are skinned for fur-trimmed garments as body-length coats, and few people can tell the difference between real and faux furs, many thousands of consumers unknowingly buy fur clothing and accessories because they assume that if they aren't labeled as such, they must be fake.

Yet the reality today is that about one in eight genuine animal fur garments are legally unlabeled—and while most of these come from rabbits, weasels, raccoons, or raccoon dogs, some are actually made from dogs and cats slaughtered in China, where animal welfare laws are virtually non-existent. Selling canine and feline fur in the U.S. has been illegal since 2000, but the aforementioned legal loophole makes enforcement of this ban almost impossible.

With federal laws lacking the teeth to keep consumers fully informed, some state governments have taken effective action to close the disclosure gap. The California legislature recently passed a comprehensive fur labeling bill, and if Governor Arnold Schwarzenegger signs it, the Golden State will become the nation's sixth to require accurate product labeling. He has until October 1st to decide, so California voters are encouraged to call him before then at 916-445-2841 voicing their support.

As for the pending federal Truth in Fur Labeling Act, Representatives first proposed this bill in March 2006—meaning it's taken four and a half years to pass, and if the Senate doesn't approve their version during the current congressional session, compassionate lawmakers will have to start all over again from square one next time around.

Fortunately, S. 1076 has 33 committed co-sponsors, so (with Senators Robert Menendez and Susan Collins, who co-authored the bill) more than one-third of the entire U.S. Senate already supports it. Now we just have to get the rest of them on board.