Respecting God's Timing in the Natural Process of Death 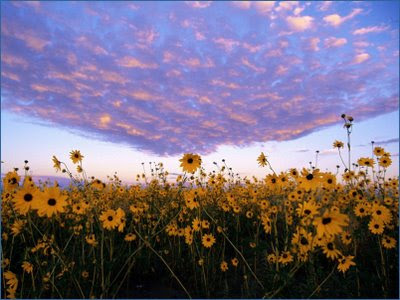 The death of a pet is a heartbreaking experience. Only those who have pets understand this kind of sadness. Our dog, Angie, died after being with us for about 15 years.

My husband and I had adopted her when she was only six weeks old. At that time, we were not initiated yet and did not imagine that one day we would have to make important decisions for Angie's medical treatments and for not interfering with her process of dying.

In the USA, it is very common and is considered humane to 'put down' animals or put them 'to sleep.' Whenever a pet has an incurable disease and is in pain, or its prospects for a good quality of life are not felt to be good, euthanizing is suggested and often used.
When I first adopted Angie, I also believed it was OK to put animals 'to sleep.' I thought that this was the kindest way to end their suffering. But after my husband and I were initiated about eight years ago, we started to love animals more than before. We also became closer to Angie and loved her more and more. She taught us a lot about being good spiritual practitioners, showing us how to love unconditionally and how to be a good companion when one of us was sick or sad.
She cared for us so very tenderly and attentively. In fact, there was no one in this world who would not have felt loved in her presence! At some point after my initiation and my closer relationship with Angie, I realized that I no longer believed in euthanizing pets. I prayed that I would not have to make this decision for her.
When Angie turned 13, she was diagnosed with kidney cancer. The veterinarian was going to perform a biopsy and explorative surgery and offered to "put her down" if the cancer had already spread throughout her body. I was devastated because I didn't want her to be euthanized, but I also did not want her to suffer for the rest of her life.
I prayed for guidance to make a decision and to find a way to make Angie's wishes understood. So, I sat down with her and talked to her about her diagnosis. I told her that we didn't want her to be 'put down' because we didn't believe in doing such things in our spiritual practice. Angie's eyes became so loving and caring when I was talking to her. It was like she understood what I said, and she understood our dilemma. Suddenly, from her eyes, I knew that she still wanted to live and to be with us, and that everything would be all right.
My husband and I decided not to 'put her down' no matter what the doctor would find. We told the doctor to do whatever he could to save her life. It turned out that her kidney cancer was localized and the doctor only had to remove her left kidney. Angie then had to go through a series of chemotherapy treatments. She recovered quickly and was able to enjoy a normal happy life for the next two years.
When Angie was 15, I somehow knew that her time would not be long. I spent as much time as I could with her. One day, I noticed that she was losing her sense of smell. I was so sad because I wondered what kind of life would that be for a dog who could not smell. Not long after that, she started to separate herself from us. She would move away from us when we wanted to pet her and she would not look at me or come when I called her.
Then, she started to reduce her food intake and finally stopped eating altogether, flatly refusing even when I encouraged her. At this point, my husband and I had a difficult decision to make: whether to take her to the veterinarian or to let her be. Feeling that her process of dying had begun, we decided to allow nature to take its course.
After Angie stopped eating for five days, she stopped drinking water, too. Even when I tried to drop water into her mouth, she closed her mouth tightly. Her body became weak and she could not get up anymore. This is the point when some people might send their pet to be euthanized because they are afraid he or she is in pain and will die from dehydration. But Angie looked so peaceful, not agitated, nor did she make any noise. It looked like she slept most of the time and that she was in a meditative state. She would open her eyes but did not look around or look at us with interest. Once a while when I touched her she would respond with a blink or a nod. She stayed in this kind of condition for three days after she stopped taking water, and then she was gone.
After Angie died, my husband and I grieved deeply. Although I knew that what I had done with Angie was right, I wanted some verification. After some searching, I found an article on the Internet: "Lessons for the Living," an interview with Denys Cope, RN, BSN. In this article, Ms. Cope, who has over 35 years of experience as a nurse, described the mental, physical and spiritual process of dying.
Although she was talking about humans, the process she described was so similar to what I had seen with Angie. Humans also withdraw themselves from social activities when they become old and dying. They tend to go inward and like to be alone in their last days. They usually refuse to eat or drink in their final days. The physical body of a human makes preparations for the soul to depart.
Reading this article helped me to understand the process of dying naturally and to be at peace with our decision. I also felt that in the last days of her life, Angie taught us another spiritual lesson: that animals can die naturally without having to be euthanized and that we should treat animals the same as humans from their birth to their death. Animals are children of God, too.
http://www.inspirationline.com/LessonsForTheLiving/DyingANaturalProcess.htm
By Debbie Knight, Los Angeles-
Courtesy of the Sentient World of Animals, China
http://godsdirectcontact.us/
Posted by Michelle Buckalew at 8:55 AM

This is a good post, and so very true.